The presidential elections in the United States undoubtedly have effects that reach far beyond their own national borders. It has international economic, social, and political consequences.
26 oktober 2020 7:00 Online
At present, the US population appears to be presented with two options: Biden or Trump. For many, it is obvious that the re-election of Trump is an immense danger for the rights of working people, black people, and many other marginalised groups. However, a left-wing criticism of the Biden-Harris option has become louder. After all, Joe Biden is running on a right-wing capitalist platform, in a party that does not stand for working-class interests.
Yet, what is an alternative to this nightmare of capitalist so-called democracy?
The introduction for this meeting will be given by Jonathan Cunningham of the revolutionary socialist group Denver Communists. Together with him, we will dive into questions of lesser-evilism, bourgeois democracy, and what a revolutionary socialist response to it should be.
Our meeting will be online. The link to it will be posted in the facebook event as the date approaches:
The Internationale Socialisten Groningen are looking forward to seeing you at our meeting! 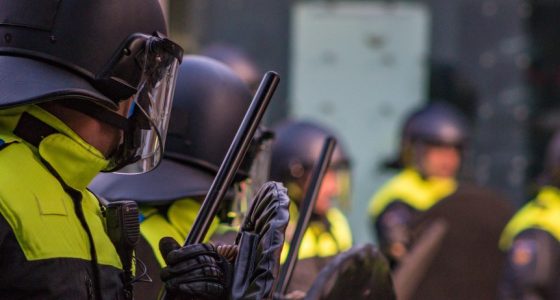